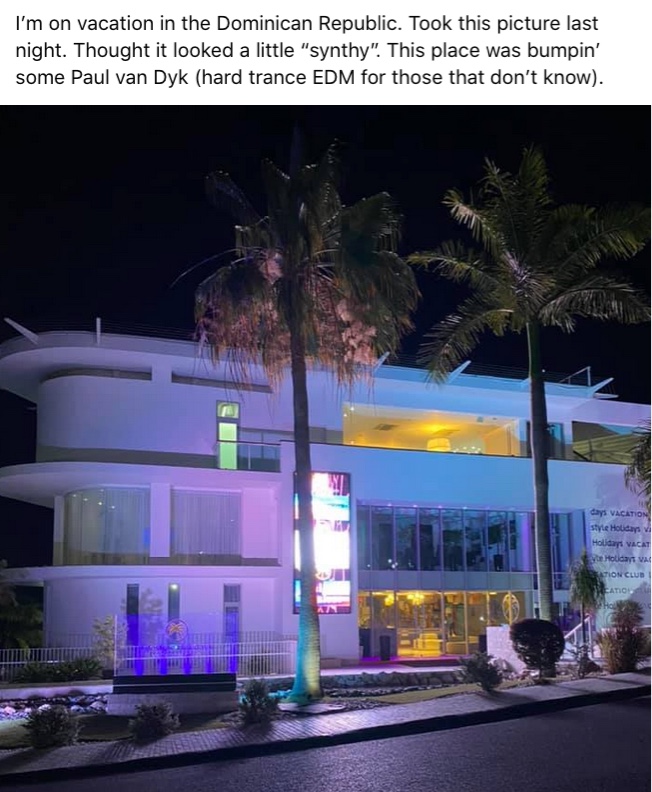 the  trance Music lover in me got triggered!

Not so much for the “hard” trance (i can understand that sometimes PVD like to play harder stuff) but for use EDM.

ME I’ am a bit over-reacting but please do not use the disgusting EDM term near “trance”. Edm is an imposed tag who no-one needed. just write that PVD is trance.
Thanks, your friendly European neighbor.
GUY 1 – Thanks buddy. EDM is an “umbrella term” in the U.S. for basically all electronic music. <— i like the guy he defused my rage with a smile!

Me, starting speaking about taxonomies –

i know that in US it s a logical level above “techno” and “house”, but that is the thing that really hurts me. creating a new taxonomy, just for marketing purpose….
PS isn’t synthwave EDM by US standards, too? you can dance, it s electronic and it s music (super music!)

Guy 3 – Well electronic dance music is the umbrella term for the big families (which have their own, many subgenres) Trance, Techno, House, DnB etc. And a shortening of that term to avoid mouthfuls is EDM. In Europe I think they use “Dance” more? Regardless it’s logical as you said, and used to differentiate this style of music from pop, classical, rock etc.
Now EDM just like that is also the name of a subgenre of electronic music, a rather commercial bassy one, popular here in the US. I think that’s where the issue lies. Not sure of the solution; I guess just calling it “electronic”?
And by international standards not just US, Synthwave is electronic. It even comes from Europe with electro house as root <— he nailed my issue and we agree
Me again – yes, i d call “electronic” as a generic term (as it has always been) and keep EDM for that shitty bassy house music they play in festivals.
the problem of taxonomy in musicis great coz it evolve (i remember that before dnb it was jungle and breakbeat, thus what is the parent category here).
for this very reason i m very cautious of adding new, arbitrary terms. but maybe it s coz i am old
Guy 3 – gotta stay young in heart and mind <— i like this guy too,  he is reframing the discussion.
Guy 4 – Lmao. It IS EDM, and PVD considers his music Electronic. I’ve been a fan of his since 1998. <— starting with LMAO and following with error is not the best way to add value. playing the “Old skool” card with me is also kinda useless. i am kind old, too
Me – @Guy 4 –  i was at love parade 97, street parade 95, cocorico in 92 and so on but this is not a race to the oldest ..
if you are an old skool fan.. tell me when did you hear the term EDM the first time and to which kind of music it was associated?
let’s call all eletronic / electronica and we are all happy
Guy 4 – it was 99 or 2000 when Pvd referred to his music as electronic music in a magazine not trance. That was around the time when I heard that term used myself.
’ve also been djing it, and I work with these artists as a label manager. Not that this is verification, but I been around to know what I’m talking about. EDM is the umbrella term for any dance music that is made with computerized equipment, mainly keyboards and synths.

Me @guy4 –  so basically people use “Electronic” and EDM as interchangeable term? what about the D in eDm? it should stand for dance….
i ll speak about this below.

Some question for the sake of sharing and agreeing.

So i think using using the EDM is a very lazy way to market a kind of music for people who does not care.
but I DO CARE so i ll keep calling the “parent genre” simply electronic

PVd is german, so I ll use the electronic > trance taxonomy. 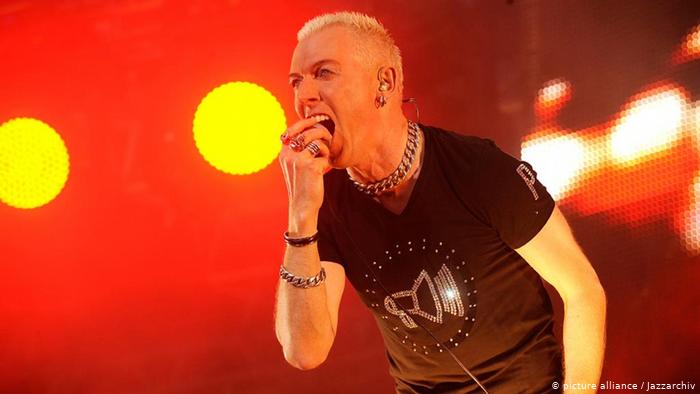 Does Scooter really sux? Do they really deserve your hate?