Favorite Track: The Key and the Gate

Before listening to the EP I gave the cover artwork and song names a look over. The cover was pretty interesting. I liked the greyscale octopus and how Occulkot’s logo was designed. Based on the album artwork and song titles I guessed that the songs would be of a dark speedcore sound. I liked how both the first and last track kept with the gate theme. I always enjoys themed EPs and albums. It makes the EP/Album feel like a journey.

My only experience with Occulkot before was a remix he did of A-Mor so I was interested to hear more of his music as I really enjoyed his remix.

The first track on the EP, Gate is Opening, was pretty interesting. I liked how rapid the synths were. It made the track feel extremely fast and magical.The synths and melody were definitely the strong point of this track. However I felt the kicks were a bit too weak for the track and would have been better with a more bass driven kicks. At parts the kicks weren’t too bad. They just could have been better. Perhaps the thing that bothered me the most was that the drums sounded like they didn’t belong and they had just been pulled from a sample pack and thrown on the track. Overall I liked the track and it’s fancy synths.

The second track, Tunnels of Ininite Darkness, started off catching my attention. It started with a synth that reminded me vaguely of a 303 acid bassline. The synthline gave off a very psychedelic feel to it. I really enjoyed this psychedelic synth as I am a huge fan of Psytrance. However, once again I felt that the kick did not match the song. I feel like this song would actually benefit from a lighter more quick kick with less bass to go with the psychedelic synths. The addition of screaming was interesting. I think it was cool, but could have been done without. The addition of reverb to the vocals was a nice touch. Overall I liked this track but I wouldn’t say it was really great. It was decent.

The third track, Blood Fire Death Destruction, was similar to the first two tracks. It starts off with the synth then lets the kick in. Like the first two tracks I enjoyed the synths, but disliked the kick. How the vocals were added in the far background are a nice touch in my opinion. I like how they are there but not overly loud in the mix. When the kicks stopped to have the synths play and the deep bass pad was probably my favorite part. This track had good use of breakdowns to keep things interesting. Not too much breakdown and not too little. The kicks sounded better after listening to them for awhile and overall I’d say this was a decent track as well.

The fourth track, Unknown Kadath, started with this buzzy bassline and this oriental sounding synth. The kick was not very strong, however I felt this weaker kick suited the track better. The use of vocal sampling was also very fitting however I felt the vocal samples were a bit too loud in the mix. The main thing I disliked was the hi hats used. I felt they sounded out of place. I really disliked them. I did like how the track gave off a whimsical feel to the track. The addition of some extratone parts was unexpected but a nice touch. I would have liked if the kicks had been just a notch quieter and the melody louder.

The fifth and final track, The Key and the Gate, started off with some industrial noise and some dark whispering evil vocals. This was more of what I was expecting before I listened to the album. The vocals almost chant in a demonic manner. This track finally got the kicks down right in my opinion. The kicks matched the atmosphere well. The kick patterns were also interesting and nice. I enjoyed how many instruments were not constant but came in here and there. The vocals also felt perfect for this track. Listening to this track made me feel like I was taking part in a satanic ritual surrounded by zombies wanting to eat my flesh. This was definitely my favorite track of the whole EP.

Overall the EP had its own pros and cons. I had higher expectations of this EP as I really liked the A-Mor remix Occulkot had done. The EP was very good at creating synths and melodies for a more melody driven tracks. The use of vocals also for the most part felt perfectly balanced. They were just the right amount. However I feel most of these tracks suffer from an identity crisis in the fact that the kicks and drums often times don’t match the overall sound of the track giving the track a mismatched sound. In my opinion I just don’t like how Occulkot does kicks and drums. But, how he does melody and synths and basically everything else is really amazing. In all honesty I want to remix these tracks by taking the kicks off and replacing them with something I think better suited so I can better enjoy the music. 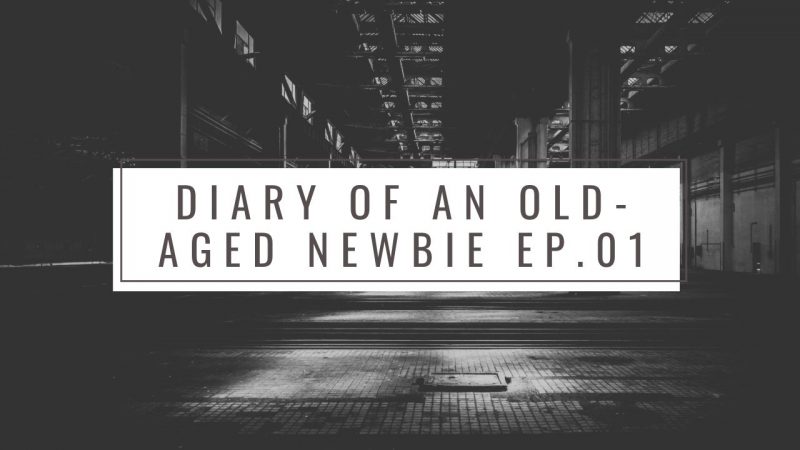 Diary of an old-aged Newbie: Shall we start again?